A small number of the English Monarchs series books have been reprinted by prestige publishers for collectors. These editions are typically leather-bound to replicate a ‘high brow’ antique library shelf and printed on the highest quality paper at the highest possible price. Two publishers have reissued these series books and we shall look at them in turn. None of these reprints acknowledge their series status. The University of California Press also reissued nine of the series books in a high-quality printing.

Recent research, with the assistance of a website reader in West Virginia, USA (thanks Justin), has uncovered an early attempt at something of a box set of English Monarchs books by one of the series publishers. in the early 1980s the University of California Press issued a multi-volume set consisting of (at least):

These iterations were distinguishable from the other English Monarchs reprints because they were published without dust jackets; with the original publication dates; and presented as red hardback volumes with ‘English Monarchs’ at the top of the spine, the title in white in a black box and the publisher’s name at the foot of the spine. The dating of this released “set” comes from the publication date of the latest of these books - Richard III in 1981. It is unknown if the other two early-80s books were reissued by California in this format (Henry VI and William Rufus).

In 1996 Easton Press issued a twelve-volume set of titles in their “Kings and Queens of England” series. This was a curious collection of books, somewhat mis-matched. It is not clear if these were issued together as a set, or if they were published separately but simultaneously. Readers of this page are capable of making their own judgement of the individual books listed below, but the Kate Norgate and Paul Murray Kendall books are a long way short of the quality of the best in the series - the three English Monarchs titles "William the Conqueror"; "Henry II"; and "Henry VIII”. These three were issued with the acknowledgement of the University of California Press as the original publisher.

Note also that 'Charles I'; 'Charles II'; and 'George VI' in this set are the titles recommended on this website as substitutes for absent English Monarchs titles for these monarchs.

The titles in the series were:

The last book was titled 'The Reluctant King, The Life and Reign of George, 1895-1952' in the USA and retitled for the 2011 Penguin UK paperback as “George VI: The Dutiful King”.

Two English Monarchs titles are known to have been re-issued by The Folio Society, another ‘prestige edition’ publisher of high-quality books.

William the Conqueror (David Douglas) and Henry VIII (John Scarisbrick) were both issued in 2004.

The Folio Society printing of William the Conqueror with a slipcase.

The format of the UC prestige reprints of some English Monarchs titles.

The twelve volumes in the Easton Press set. 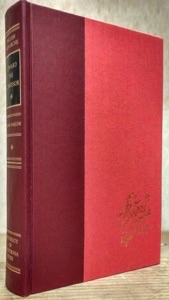 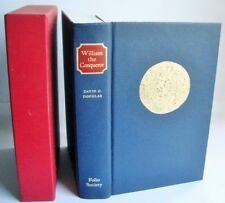