Go forward to Alfred the Great ►

Methuen was the custodian of the English Monarchs series from its commencement in 1964 to the their final book in 1992. During that time they published twelve English Monarchs books before Yale resumed publishing in the series with the subsequent new book in 1997. In the middle of the Methuen years the publisher issued a popular title by Geoffrey Ashe, better known for his research on the Arthurian myth. 'The kings and Queens of Early Britain' was published in in Britain in 1982 and in the United States by Academy Chicago Publishers in 1990, with a paperback in 1998. It was not published in the United States by the University of California Press, the US partner for the English Monarchs series during the Methuen years.

This book, by the English Monarchs series publisher, might almost qualify as what we are calling on this website as a 'Companion' book to the English Monarch series books. Certainly nothing like it has been published by Yale. 'The Anglo-Saxon World' by Nicholas J. Higham and Martin Ryan, is similar in that it is a survey of a lengthy period of English history rather than biographies of the personalities of that time, but this book by Ashe covers the period "...from the time of the earliest legendary names to the time of Alfred the Great", as the author wrote in his preface. In two-hundred pages Ashe surveys the landscape of the earliest British history and is an entertaining tour of pre-history and myths, especially for those whose eyes tend to glaze over at the thought of reading in this era. Between these two books, issued by the two publishers of the series, readers can access the story of the earliest times in British history by a series publisher. 'Kings and Queens of Early Britain' makes a splendid opening chapter to further reading of the earliest times in the English Monarchs series.

The latest printing of this book is the paperback of 1998 by Academy Chicago Publishers, with an inexcusably awful cover, and it is still in print. Collectors interested in the two hardback printings might wish to avoid acquiring the original 1982 Methuen book. This book was printed in the middle of the period when British publishers were using cheap acid-filled paper and copies of this book were no exception. Today, copies of the 1982 Methuen book are discoloured and yellow making one a very unattractive purchase. The 1990 American reprint would be a wiser choice.

The name of the current publisher is Chicago Review Press Incorporated, who acquired Academy Chicago Publishers in 2013.

There are a number of more academic books on this topic issued by non-series publishers, chief among them 'Britain Begins' (Oxford University Press, 2012, ISBN 9780199609338) by Barry Cunliffe (Emeritus Professor of European Archaeology at the University of Oxford). This book examines Britain up to 1066 and, to paraphrase the author, is not about artefacts but the people who made them.

Early Kings and Queens (1982) - not published in the series

Buy the 1982 Methuen Hardback from ABE 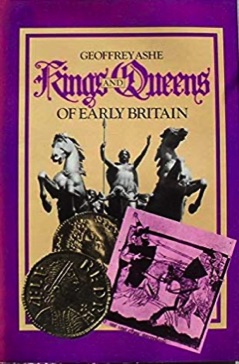 Kings and Queens of Early Britain

*Special Mention of a Methuen title 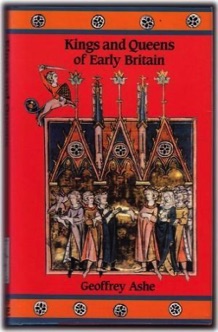