As noted in the page for Charles I no mention has been made in any of the Methuen or Yale books regarding a biography of Charles I or II. However, some alternatives are offered for  readers of the English Monarchs series.

Antonia Fraser’s book may be more accessible to most readers and discusses the whole of Charles’s life in detail. It's probably the first port of call for those not familiar with this period of British history. It is likley to be a better option for someone coming to the restoration period for the first time or a reader who seeks a great story and the flavour of the times. Fraser's book looks at the whole life of Charles II. The first third of the book covers the years prior to the restoration. This book is significant because before this account of the life of Charles II the king had a poor reputation. Fraser's biography challenged this view. The book was reviewed by Mark Gerson in the New York Times (9 November 1979). The reviewer wrote that the book "...has torn  the veil of romance" from Charles' early life. "Where Lady Antonia excels is in her picture of the king as a politician. In a confused and transitional period, in a country torn by poverty, war and suspicion, Charles had to defend the very idea of kings. He succeeded as well as he did, the author suggests, because he was a new kind of monarch, one who ruled not so much by divine right as by human ingenuity and persistence."

Yale chose to include Professor Miller’s study of James II in the series but did not to include his book on Charles II. It is an intense and narrowly focused account of the politics and foreign policy of England under Charles II. Perhaps it is this focus on court politics and foreign relations to the exclusion of other aspects of the reign which Yale considered less than adequate for the series. If a reader tackles this book after reading Miller's 'James II' it will present as an exanded version of his biography of James up to the death of Charles. Miller's description of the dynamics of each parliamentary sitting, the people involved, their allegiances and emnities and the moving relationships of Charles and James seem at times to be an amplification and magnification of his account of the same events in 'James II: a study in kingship'. What is lost in Miller's 'Charles II' is a wider picture of events in greater Britain. This book also requires a foreknowedge of the events and participants involved in the description. It is not a book for someone with little or no knowledge of the period. However, for a student or researcher of the period it is a rich source of events and politics of the reign.

Ronald Hutton reviewed John Miller’s book in Parliamentary History; Gloucester Vol. 11, (2),  (Jan 1, 1992), in which he described the differences between Miller’s 1991 biography of Charles II and his own Charles II biography of 1989. Miller looks chiefly at the reign from 1660, specifically England “permitting a more detailed treatment of the themes involved and a particularly close study of foreign policy”.

Hutton’s book tackled the whole of Charles’ life “and to consider him a monarch of the whole of the British Isles.” He concludes that Miller’s book is in length and importance a colossal work of a master academic writer, with whom Hutton shared many, though not all, of the views of Charles and his reign.

Howard Nenner (Smith College, Northampton, Massachusetts) reviewed Hutton’s biography in Albion: A Quarterly Journal Concerned with British Studies Vol. 23, No. 3 (Autumn, 1991), commenting that he concentrates more on Scotland and Ireland, but that Hutton avoids deciding on Charles’ character as this would necessitate departing from the sources. Charles remains ‘slippery’ in this biography. Hutton is less certain than previous scholars that Charles was an absolutist. "Because the hard evidence...is generally inconclusive, Hutton favors a more cautious analysis.” Miller outlines the difference of approach in the foreword to his own book, that Hutton concentrates on Charles’ early years and on Scotland and Ireland, while his own book examines the reign from 1660. Indeed, Miller devotes only two chapters (40 pages) to the years before the reign before diving into the restoration period. Those reading, or already familiar with, biographies of Charles I will not miss the brevity of these early years.

Readers are referred therefore to these works depending on which aspect of the period one prefers. Any of these biographies will satisfy readers until a Yale biography arrives with updated research to weld together these various approaches.

Candidate as a substitute: 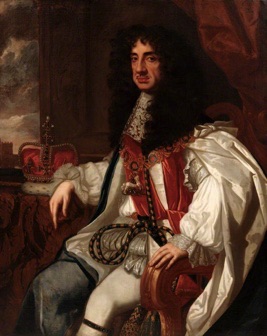